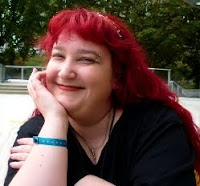 A-ha! Triumph as you reach the shelf where your desired book is kept. You look along the spines carefully, reading the call numbers. And... the book isn't there. What?! How can this be? You're in a reference library! No borrowing or removal of the books allowed! You frown as you retrace your steps to the librarian's desk and thrust the card with the call number on it at them and say, "Where's this book?"

It's sad but true, a lot of books go "missing" from libraries. I use parenthesis around "missing" because theft of books isn't rare, and neither is the fact that books simply get lost or reshelved in the wrong spot and vanish forever. (More or less). As a writer of historical romance, research is the bedrock, the foundation of my stories, and before the advent of the internet, I was limited to the public reference library and what they had on their shelves or on microfiche. (Remember microfiche? Horrible, head-ache inducing microfiche!)

Thanks to the internet, finding information is much, much easier. The times I've sat back, well satisfied, and fist pumped the air, much to the confusion of my cat, that yes, I really have found that elusive detail about what a soldier in the late Byzantine Empire would eat for breakfast – and – a recipe for how to make it... I can't count the number of times I've had that triumphant, gleeful experience.

I'm a medievalist. I have re-enacted the period of 1150-1250AD, specifically the Third Crusade. I've also re-enacted 15th century Renaissance Italy, 3rd century AD Imperial Rome, and dabbled with 10th century Viking. I've written papers on clothing and textiles in the 12th-13th centuries and presented those papers at conferences. If it's medieval and set in that hundred year period, chances are that I will know of a web site, an author, an academic or a guy who plays at being the emperor of the Byzantine Empire on the weekends. Chances are too, that I'll know men and women who play at being Saxons, Normans, Crusaders, Vikings, Varangians, Romans, Hoplites... you name it. One gentleman of my acquaintance has even minted bronze, silver and gold denari with his likeness on them for when he's re-enacting in his Emperor of Rome persona.

This is Living History, which is different from the SCA. The SCA is what most people think of when you talk about historical re-enactment. I haven't been an active participant in Living History for some years due to Personal Issues (tm), but I still have friends who are involved in the hobby, I still love the history, getting together and dressing up to watch a tourney or go to a feast. Living History uses real steel weapons – live steel – which are blunted. The blows are also pulled, so they are not full force. There are a lot of rules about combat in Living History and a dedication towards historical accuracy that awes me.

Non-combatant re-enactors are no less dedicated. I taught myself embroidery one evening, so I could embroider the hems, sleeves and neckline of a linen gown. I learnt tablet weaving (which I still love), which is also called card weaving. I learnt sprang, which is string weaving, just so I could make a hairnet for a 12th century accessory. I learnt more about history from the Living History movement and from re-enacting than I did from my history degree.

It's that love of history and re-enacting that segued into writing historical romance. I have a deep and abiding love for that hundred year period of 1150-1250, and in recent years, because of my own physical limitations that means I can't actively re-enact anymore, I've been delving into the late Byzantine Empire.

Which is where City of Gold, my short story with Dreamspinner Press comes into it. I had intended right from the beginning of my journey as a published author to write historicals, but I'd had a vague sort of idea that I'd stick to "my" time period. Of course, the muse does what the muse wants, and I found myself researching all over again, this time, the Byzantine Empire in the year 1131AD.

I chose this year because it was a relatively quiet one – no major wars, no Crusades. It was a good year to set my story of a retired, wounded soldier from the Imperial Army. He falls in love with a Korean man who arrives in Constantinople as part of a trade deputation who have travelled along the Silk Road.

Despite finishing the story and thinking, "That's done, finished, yay," on City of Gold, the characters still had more to say and more they wanted to do. Gallienus, my Byzantine, has left Constantinople with Misahuen, his Korean lover. And they were both determined that I should finish their story, and so work began on City of Jade.

Researching Byzantium in 1131AD was easy by comparison to this. I'm currently researching the Silk Road from Constantinople to Chang'an (modern day Xi'an) in China. Half the joy of writing the rest of Gallienus and Misahuen's story is the research to make sure that I don't flub the details of their experiences, working as caravan guards for a Byzantine merchant. I have picked the brains of friends who re-enact the period and who re-enact Byzantium in general, as well as a friend who has studied the history of Korea. I've trawled through the internet and found an amazing overlay for Google Earth that covers several hundred years of routes of the Silk Road, both overland and by sea. That has been a godsend – I've been able to plot the journey of Gallienus and Misahuen and figure out what cities they'd visit. Then it was time to research the cities and cultures in that year and up to 1140AD, just to make sure I have all my bases covered.

This is a romance novel first and foremost, but it's also a historical road trip novel. These places and this period in history fascinate me and I want to convey as much of the wonder the two travellers feel as I can. I want to be able to describe the new foods, tastes, people, religions and politics as well as the clothing, weapons, and empires as I can without making the book simply a travelogue. As Gallienus and Misahuen grow closer along their journey, I want the reader to be engaged in their relationship as well as the experiences they have in new lands.

I don't know how long it will take me to complete, considering the research I need to do, but I am loving every moment of it. I hope that when City of Jade finds a home and is published, that readers will enjoy the journey as much as I am.

City of Gold is available from Dreamspinner Press, here: http://www.dreamspinnerpress.com/store/product_info.php?products_id=2350

Gallienus has spent his life in service of his country, and now his scarred body is no longer up for the fight. Assigned to work the gates of Constantinople, he is charged with examining the cargo brought into the city from all over the world. Misahuen is part of the merchant train bringing wares from the Silk Road to trade, but it’s not Misahuen’s cargo that interests the wounded soldier. Gallienus thought his heart was too battered to love anything but his country. Does he have the courage to dream of a future beyond service to the City of Gold?

Excerpt:
The taproom felt almost eerily silent with their departure, and Gallienus’s heart was in his throat as Misahuen walked to him and half-bowed politely.

Gallienus nodded, gesturing to the bench opposite the one upon which he sat. “Please do.”

Misahuen smiled and sat down. “Thank you.” He clasped his hands together in front of him on the worn wood of the table, and Gallienus bit his lip, watching those long fingers. “I am Misahuen of Gyeongju,” Misahuen formally introduced himself.

Biting back the instinctive answer of “I know who you are,” Gallienus nodded instead. “Gallienus. My father named me after the emperor of the same name. Retired soldier and now a gate guard.” He was annoyed at himself for sounding bitter as he said it. “Would you like something to drink, Misahuen?”

“Water, please.” Misahuen was looking at him curiously, dark brown eyes like pools of rich coffee gazing at Gallienus, making Gallienus feel as if he was being stripped bare, as if all his secrets were laid out for Misahuen to see. Squirming a little beneath that intense gaze, Gallienus gestured to the innkeeper’s son and ordered water for his companion and another tankard of ale for himself.

“So what brings you to Constantinople?” Gallienus paid for the drinks, and they were quickly brought to the table; he was relieved that the boy did not linger after scooping up the few coins Gallienus placed on the rough wood. He felt out of his depth, for he had no idea how to talk to Misahuen. Gallienus knew only that he wanted to get to know Misahuen a very great deal.

“Trade.” Misahuen smiled the ghost of a smile. “Although I assume you are asking why I chose to leave my homeland in the first place?”

Gallienus smiled a little ruefully. “Yes, I am. Sorry, I should have been clearer.”

“It is nothing.” Misahuen’s smile broadened. “Your language of Greek is beautiful, but there are nuances to it that I cannot find a comparable translation for in my native tongue. So there are times when the translation is, how do you say… it is not as correct as it could be.”