My Summer Soundtrack
by
Suz deMello

A lot of authors pick specific music to write to, which may vary according to the book he or she is writing. Stephen King is well-known to listen to head-banging, big-hair, heavy metal music when he writes. Me, I prefer a less intrusive soundtrack for writing. When I wrote a sheikh book set in Texas, I listened to Arab-inflected music from Kite Runner as well as to Sting’s Desert Rose and Fill Her Up. Right now I’m writing vampire historicals set in Scotland, which means lots of mystical Celtic songs like those of Loreena McKennitt. McKennitt, along with folk songs like those of Judy Collins, is the soundtrack for The Kilburn Vampires series, including the first book, Temptation in Tartan.

And often my listening has nothing to do with my writing, but is more about what I’m doing or the season we’re in. When I go to sleep, I listen to a “sleep” playlist I have on my iPhone; same with exercising, but that’s a bouncy, lively soundtrack as opposed to the slower ballads that dominate my Sleep list.

In the winter between Thanksgiving and New Year’s, I listen to jazz versions of Christmas carols, a weird love given that I’m an atheist from a Jewish family. And in the summer, my music reflects the season.

There’s plenty of great music for the summer in all different styles. In classical, I love Vivaldi’s Four Seasons; Spring and Summer are my faves. Gershwin’s Summertime is a great jazz/blues choice, and different versions are available from all the blues greats—there’s even a great cover by Janis Joplin.

Rock and roll abounds with great summer tunes, especially given that in the early sixties, pop was heavily influenced by the California sound, which in turn was all about seaside fun. I grew up in Los Angeles, spending most of my summers in the pool or bodysurfing at Zuma Beach. (Shout out if you’ve been there!)

I love summer music, especially the Beach Boys, the soundtrack of my youth. Here’s some of my favorite summer listening: 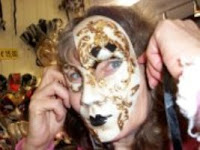 Her books have been favorably reviewed in PW, Kirkus and Booklist, attained the finals of the RITA and hit several bestseller lists.

A former trial attorney, she resides in northern California. Her passion is world travel, and she’s left the US over a dozen times, including stints working overseas for many months. Right now, she's working on her next manuscript and planning her next trip.

Posted by Long and Short Reviews at 2:00 PM

I've always loved the Beach Boys, too, even though some of the songs made me weepy when I was little (might have been the harmonies or chord progressions, not sure which). Haven't tried their newest yet, though...

I don't really listen to a lot of music when I write. Usually it is something inspiring after I have watched a movie or something that wants me to break down to put something on paper. =)

Im another Beach Boys fan. It's happy music that gets you moving.
Kit3247(at)aol(dot)com

There is so much great music to listen to. I enjoy many of the same
debby236 at gmail dot com

All those great songs, nice and upbeat, can't help but feel happy listening to the Beach Boys.

Thanks for all your comments. I love music, but hate that when I go into stores they have canned music on...Grrr! I don't like anyone else choosing the soundtrack for my life, you know?

I love music too!! Almost any type really. I listen to music that reflects my mood. In relaxation, I listen to classical, when I am feeling nostalgic, I listen to classical music and so on.
Thank you for sharing your music choices. I love the beach boys too.
I will be adding Temptation in Tartan to my TBR. ;)
trb0917 at gmail.com